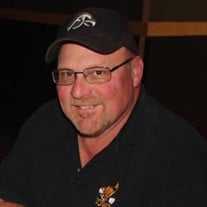 Arlyn Miller, 71, of Hampton passed away April 3, 2022 at his home in Mason City. Visitation will be on Thursday, April 21 from 4-7 at Counsell Woodley Funeral Home in Hampton. Funeral services will be held at 1:00 on Friday, April 22 at Zion Reformed Church rural Sheffield with burial in the Hampton Cemetery. Arlyn’s celebration of life will be held at Harriman’s Park shelter that afternoon to share memories and cheers. Click here to join live broadcast of Arlyn’s Service Arlyn Theodore Miller was born August 16, 1950 in Hampton, Iowa to Elmer and Luella (Larson) Miller. He graduated from CAL High School in 1968. Arlyn was united in marriage to Barbara Card in March 1971, Arlyn and Barb raised 3 children together, Jodi, Robyn and Todd. On August 11, 2001, Arlyn married the love of his life Vicki (Tapp) Reisinger at The Little Brown Church in Nashua. Together they raised 2 boys, Jay and Zeb. They welcomed 3 foreign exchange students into their home, Adi Mackic (London), Gunnar Zilt (Germany), and Peter Stai (Norway). Arlyn attended NIACC for 1 year then worked construction in the Clear Lake area, he also worked for Scamper Motorhome Company repairing broken motor homes. After moving to Hampton he worked for Shaw Construction and ABDO Construction and enjoyed pouring concrete as a side job throughout his lifetime. He was a volunteer firefighter for the Hampton Fire Department for 30 years. He graduated from the Iowa Law Enforcement Academy in 1978. He worked for the Hampton Police Department for 36 years then joined the Dows Police Department. After retiring at age 67, he worked part-time for the City of Dows and the City of Dumont as Code Enforcement Officer. Arlyn loved to fish and golf and hang out at ‘Hole 19’, he enjoyed going to Texas in the winter months, he met so many great friends there. In his early years he enjoyed being part of the Glass Reunion Corvette Club, playing slow-pitch softball, riding motorcycle and restoring old cars. Arlyn is survived by his wife Vicki of Mason City, children Jodi (Greg) Miller of Clear Lake, Robyn (Brent) Hansen of Hampton, Todd (Vanessa) Miller of Prescott, Arizona, Jay (Amber) Reisinger of Mason City and Zeb Reisinger of Iowa Falls, grandchildren Nakayla, Katelyn, Karli, Sean, Deacon, Tatum, Emersyn, Sam and great-grandson Myles, his brother Jerry of Hampton, sisters Colleen Huisinga of Davenport, Janice (Tom) Vogel of Marion, Carma (Mark) DeVries of Chapin, sisters-in-law Brenda (Marv) Cerwinske of Hampton and Susie (Gary) Lasiter of Longville, Minnesota, brothers-in-law Brian (Marlene) Tapp and Wally (Ruth) Tapp of Hampton and several nieces and nephews. He was preceded in death by his parents, mother-in-law, Dorothy and brother-in-law, David. Counsell Woodley Funeral Home of Hampton is caring for Arlyn and his family.

Arlyn Miller, 71, of Hampton passed away April 3, 2022 at his home in Mason City. Visitation will be on Thursday, April 21 from 4-7 at Counsell Woodley Funeral Home in Hampton. Funeral services will be held at 1:00 on Friday, April 22 at Zion... View Obituary & Service Information

The family of Arlyn Miller created this Life Tributes page to make it easy to share your memories.