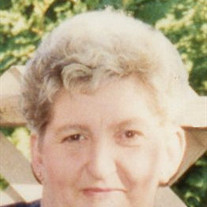 Carol Huff, 71, of Dumont, Iowa, passed away Monday, September 21, 2015, at Mercy Medical Center North Iowa in Mason City. She was born on September 5, 1944, in Hampton, to Wallace and Betty (Arends) White. Carol graduated from Dumont High School. She was united in marriage to Lew Huff on January 31, 1964, at the Dumont Reformed Church, where they both were members. Carol was a country route carrier for the Waterloo Courier for twenty-five years. She enjoyed ceramics, crocheting, Facebook and most of all her family. Carol spent many years taking care of her mother after her father passed away. She is survived by her husband of fifty-one years Lew Huff of Dumont, son Allen and wife Tammy Huff of Owatonna, Minnesota, daughter Angie and husband Gary Diekman of Owatonna, Minnesota, son Aaron and wife Tracy Huff of Dumont, grandchildren Carrie Huff, Joshua Huff and fiancÃ© Katelyn Doty, Kali Diekman and fiancÃ© Alex Sharp, Hailey Finch and Hannah Finch, and great-grandchildren Ryan Diekman and Zayden Huff. Carol was preceded in death by her parents Wallace and Betty and grandson Derek Diekman.

The family of Carol Huff created this Life Tributes page to make it easy to share your memories.

Send flowers to the Huff family.