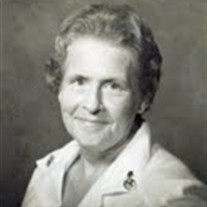 Delores M. (Covell) Butt, R.N., 78, of Hampton, Iowa, passed away April, 10, 2010, at the Rehabilitation Center of Hampton, in Hampton, Iowa. She was born August 4, 1931, in Hampton, Iowa, to Charles and Martha (Grover) Covell. Delores graduated from Chapin High School and went on to earn her LPN Degree from Des Moines Methodist Hospital, her RN Degree from NIACC in 1971 and her BSN Degree from the University of Dubuque in 1979. She was united in marriage to Merle Butt on August 5, 1951, in Chapin, Iowa. Delores worked as a Registered Nurse throughout her life at the St. Joseph Mercy Hospital in Mason City, Ellsworth Municipal Hospital in Iowa Falls and the Ahrens Nursing Home in Hampton. She was a member of the Hampton United Methodist Church, the Iowa & American Nurses Associations, the Iowa & National Hospice Organizations, she was the founding president of the Iowa Hospice Organization and the founding program director of North Central Hospice. Delores was active in 4-H where she founded the Hustling Hamptonites Club, worked as a special projects leader and received the Alumni Award. She also presented numerous continuing education workshops for fellow nurses on the care of terminally ill patients. Delores took great pride in her roles as wife, mother, sister and daughter and spending time with her friends and family was her greatest joy. Delores also enjoyed working on family genealogies, cooking and decorating cakes. Delores is survived by her husband Merle Butt of Hampton, son Chuck and wife Sue Butt of Hampton, grandchildren Chad and wife Heidi Hanson of Hampton, Andrew Hanson of Los Angeles, California, Steve Hanson of Hampton, Tanya Butt on Minneapolis, Minnesota, James McKenna of Story City and Scott Butt of Clear Lake, great grandchildren Ally, Ashlyn, Avery, Austin, Tryston and Maddox, brother Charles and wife Pat Covell of Ames, nephews Chuck (Shannon) and Chris (Pam) Covell and son-in-law Stephen Hanson. She was preceded in death by her parents Chuck and Martha and her daughter Lynne Hanson.

The family of Delores M. Butt created this Life Tributes page to make it easy to share your memories.

Send flowers to the Butt family.