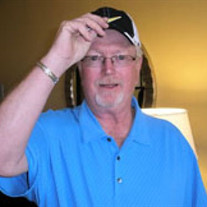 Douglas Lee Card, 60, of Hampton, Iowa, passed away Sunday, July 28, 2013, at his home in Hampton, Iowa, with his family by his side. He was born on September 24, 1952, in Oceanside, California, to D.D. "Toot" and Phyllis (Meinders) Card. Douglas graduated from Dumont High School in 1970 and from Ellsworth Community College in Iowa Falls in 1972. He was united in marriage to Diane Hearn on May 31, 1974, in Dumont, Iowa. Douglas worked for Greene Limestone/Allied Construction for thirty-eight years. He was a former member of the Dumont Reformed Church in Dumont and was a current member of the Faith Baptist Church in Hampton, where he was part of a Faith Baptist Life Group, which he loved. Douglas enjoyed pitching high school and college baseball, coaching baseball when his sons played for the Hansell Redlegs, hunting, ice fishing, golf, and joke telling. He was an avid Iowa Hawkeye fan and always enjoyed his season tickets to the football games, and if he was unable to attend, he would have a Hawkeye tailgate party with friends and family. Most of all, he loved being around friends and family and loved the little things in life. Douglas is survived by his wife Diane Card of Hampton, son Seth Card of Hampton, and fiancÃ© Felicia Jones and her children Nick and Journey, son Ryan Card of Hampton and his step children Alexa, Hector, and Laney and Ryan's special friend Kelsey Boeckman and her children Ellyse and Kash, mother Phyllis Card of Hampton, brother Dwight Card of Denver, Colorado, and his children Kasey and wife Jessica Card of Denver, Colorado and Matison Card of Denver, Colorado, brother-in-law and sister-in-law Verle and Bonnie Hearn of Olathe, Kansas, and their children Janene and husband Jason Nordin of Knoxville, Tennessee and their children Tyler, Lucas and Justin, Kim and husband Ken Graham of Coppell, Texas, and their children Marley and Will, Matt and wife Rosie Hearn of Centennial, Colorado and their son Jonas, mother-in-law Margaret Hearn of Hampton, along with many aunts, uncles and cousins. He was preceded in death by his father "Toot," father-in-law Delmar Hearn and several aunts, uncles and cousins. Burial will take place in the Dumont Cemetery. In lieu of flowers, memorials may be given to Douglas' family for future disbursement.

The family of Douglas Lee Card created this Life Tributes page to make it easy to share your memories.

Send flowers to the Card family.