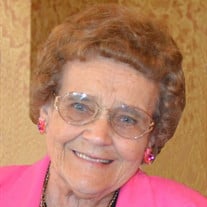 Ellen Lorraine (Gangstead) Mollenbeck, 80, of Hampton, passed away Sunday, June 5, 2016, at the Mary Greeley Medical Center in Ames, Iowa.Â  Ellen Lorraine (Gangstead) Mollenbeck was born in rural Hampton, Iowa on February 22, 1936, to Alvin and Ruth (Schaefer) Gangstead. Ellen attended country school by Beeds Lake and graduated from Hampton High School in 1954. She was united in marriage to Delmar Dean Mollenbeck on March 6, 1955, at Saint Paul's Lutheran Church in Hampton. Together, they faithfully attended Zion Reformed Church for the next 61 years where Ellen often led the Faith Circle and served as a junior choir director. They operated a grain and livestock farm NW of Beeds Lake and raised their four children. In 1996 Delmar and Ellen retired from farming and moved into Hampton. Ellen enjoyed following her children and grandchildren in athletic and musical events. She was extremely proud of all of their accomplishments. Ellen also loved collecting newspaper clippings for her family, friends and high school classmates, and keeping up with the latest news via the phone. She is survived by her husband Delmar, children, Karen and Layton Tiedt of Fairbank, Kent and Mary Mollenbeck of Hampton, Kevin and Cindy Mollenbeck of Hampton, Kurt and Kim Mollenbeck of Latimer; Grandchildren, Jesse and Megan Mollenbeck, Melanie Tiedt, Tyson and Raine Mollenbeck, Andrew Mollenbeck and fiancÃ© Helen Natramai, Nick and Haley Tiedt, Halie and Dillon Sorenson, Jared and Allie Mollenbeck, Brett Dirksen, Katie Dirksen, Kyle Mollenbeck, Elise Mollenbeck, Samuel Mollenbeck; Great Grandchildren Oliver, Marshall, and Donovan Tiedt, and Avery Mollenbeck. She was preceded in death by her parents, Alvin and Ruth Gangstead. Ellen has given us great examples of commitment, faithfulness, determination, and humor that we should emulate. If she could, she would be saying to us, "Don't worry about me. You just go on."

The family of Ellen Lorraine Mollenbeck created this Life Tributes page to make it easy to share your memories.

Send flowers to the Mollenbeck family.