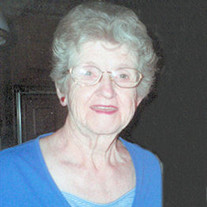 Eunice M. Cordes, 78, of Hampton, Iowa, passed away April 29, 2010, at her home. She was born on September 23, 1931, in Chapin, Iowa, to Rev. Johann and Marian (Genandt) Schmidt. Eunice first attended Pineview Country School in Franklin County, then graduated from Chapin Consolidated School in 1948 and later graduated from Central College in Pella in 1952. She was united in marriage to Rev. Kenneth Cordes on May 27, 1953 in Chapin, Iowa. Eunice taught at Meservey Consolidated School, served as a substitute in schools in Rhinebeck, New York, Oregon and Stillman Valley, Illinois, and after her husband's death returned to teaching at Dumont School and CAL Consolidated School in Latimer, Iowa, until her retirement in 1996, when she continued to substitute in CAL and Hampton schools. She was a member of the Zion Reformed Church, an elder on the Consistory, a member of the Women of Zion and was on the Faith Circle. Eunice taught Sunday School and participated in the Morning Prayer Breakfast at 7Stars. She enjoyed reading, writing, homemaking, music, her family and friends, helping others and serving her God. Eunice is survived by her Daughter: Joy (Patrick) Malone of Glen Rock, New Jersey; son: Jeffrey (Valorie) Cordes of South Lake, Texas; daughter: Jean (Andrew) Burrell of Austin, Texas; daughter: Judy Cordes of Lansing, Michigan; grandchildren: Kent Manecke of Austin, Texas and Christopher and Kaylee Cordes of South Lake, Texas. She was preceded in death by her husband Rev. Kenneth Cordes and brother Rev. Paul Schmidt. Memorials may be directed to Franklin County Youth for Christ, Zion Reformed Church or Hospice of North Iowa.

The family of Eunice M. Cordes created this Life Tributes page to make it easy to share your memories.

Send flowers to the Cordes family.