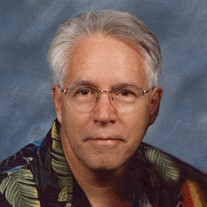 Fred Loren Baldwin, 79, of Dumont, Iowa, passed away Tuesday, January 18, 2022, at UnityPoint Health – Allen Hospital in Waterloo. He was born on May 16, 1942, in Canton, Ohio, to Fred and Florence Baldwin Sr. Fred attended elementary school in Canton, Ohio, Rantoul, Illinois, and San Francisco, California. He graduated from high school in Beaver Creek, Ohio. In college he majored in computer technology. In 1964, Fred enlisted in the United States Air Force. During that time, he served bravely on an extended tour in Vietnam using radar guidance for the Air Force bombers. His patriotism continued after his service in the Air Force. He was employed by the Department of Defense in the computer field until his retirement in 1998. Fred was a man who truly enjoyed life. He built model railroad train layouts and he built model airplanes which he flew in competition venues. Fred was an avid golfer and belonged to several bowling leagues. He volunteered for many organizations including the Lions Club and Dumont Food Pantry. He was the founder of the Share Program in Port Charlotte, Florida. Fred served in several capacities at the New Hope United Methodist Church – Dumont Center and the Port Charlotte Florida United Methodist Church. He enjoyed driving his 1965 Ford Galaxy Convertible, target shooting, square dancing, playing games with friends, traveling, shopping, eating out and ice cream. Fred will be greatly missed by his wife Brenda, daughter Veronica of Cleveland, Ohio, grandchildren Duke (Katelyn) and Stephanie (Mike), great granddaughters Mia Bella and Winona, sisters-in-law Linda, Marla, and Betty, as well as a small circle of nieces and nephews. Fred’s adventures in life will be cherished by his family and friends. Services will be held at 2:00 p.m., Saturday, January 22, 2022, at New Hope United Methodist Church – Dumont Center. Visitation will be held one hour prior to the service at the church. Burial will take place at a later date in the Dumont Cemetery. The Counsell Woodley Funeral Home of Dumont is caring for Fred and his family. Fred’s service will also be available on zoom: https://us02web.zoom.us/j/3670133488?pwd=N1oxNzdvRTdobE9Ua0RzeTFNbFJQUT09 Meeting ID: 367 013 3488 Passcode: baldwinf22

The family of Fred Loren Baldwin created this Life Tributes page to make it easy to share your memories.

Send flowers to the Baldwin family.