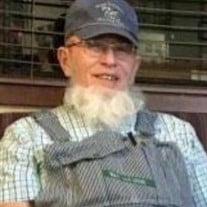 Glen “Ed” Dougan, 83, of Bradford, passed away Monday, December 27, 2021 at his home. Funeral services will be 1:00 PM Thursday, December 30, 2021 at the Counsell Woodley Funeral Home in Iowa Falls. He will be laid to rest at the Union Cemetery. Visitation will be from 11:00 AM until service time on Thursday, December 30 at the funeral home. Counsell Woodley Funeral Home of Iowa Falls is caring for Ed and his family. Ed (Glen Edward) Dougan passed away December 27, 2021 at his home in Bradford, Iowa. He was born November 27, 1938 on his family’s farm in Iowa Falls to Darlene (Riley) and Horace Dougan. He graduated from Iowa Falls High in 1957. Ed was married to the love of his life, Joy (Howe) for almost 60 years and together they raised four daughters: Christi, Cari, Shelley and Debbie. Ed was a firm believer in hard work and spent most of his life doing just that. Following high school, he drove semi and helped with hog buying. A majority of his work career was spent working for and managing General Gas-Ferrellgas. After 35 years there he retired and returned to his real love and childhood dream of driving truck which he did for several years. Ed also had a passion for horses and farming. Most of his entire life he owned ponies and horses. He was a true lover of farm history, especially horse drawn equipment, antique tractors, trucks and steam powered machinery. He was involved in several clubs of the same focus and truly enjoyed and valued the friends he made through these groups. Some of his greatest moments in life were spent with horse reins in his hands, whether it be farming the acreage, demonstrating at fairs, or taking Joy and the family for buggy rides around the countryside. Ed was an avid storyteller and loved to share memories and stories of his life. He was a wealth of knowledge and his family and friends will greatly miss hearing him tell stories. Ed Dougan is survived by his daughters, Christi Dougan of Des Moines, Cari (Jason DePhillips) Dougan of West Des Moines, Shelley (Mark) Schlatter of Cedar Falls and Debbie (Joe) Kooker of Prairie City; granddaughter, Katie Klaver; grandsons, Gared and Ben Stockwell as well as their father, Gary Stockwell; brothers, George (MaryAnn) Dougan of Iowa Falls and Ted (Lydia) Dougan of Marion; sister-in-law, Kathy Dougan; many nieces, nephews, cousins and too many wonderful friends to count including his loyal companion, Fritz. He was preceded in death by his wife; parents and a brother, Bill Dougan.

The family of Glen "Ed" Dougan created this Life Tributes page to make it easy to share your memories.

Send flowers to the Dougan family.