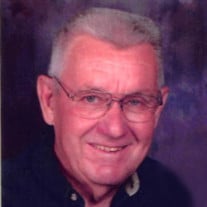 Harry Bert Koenigsberg, 92, formerly of Sheffield, passed away Sunday, April 17, 2022, at his apartment at Apple Valley Assisted Living in Hampton. Funeral services will be held at 10:00 a.m., Friday, April 22, 2022, at Faith Baptist Church in Hampton, followed by burial in the Wayside Cemetery. Visitation will be held from 5:00 p.m. to 7:30 p.m., Thursday, April 21, 2022, at Faith Baptist Church. The Counsell Woodley Funeral Home of Hampton is caring for Harry and his family. Click here to join live broadcast of Harry’s Funeral Service Harry was born on September 3, 1929, on a farm close to Sheffield, son of Ole and Martha (Mehlberg) Koenigsberg. He graduated from Chapin High School, class of 1947, and received his First Class Radio FCC License from Electronic Radio Television Institute, Omaha, in 1948. Harry worked as a radio engineer, first at KWPC in Muscatine and then at KXIC in Iowa City while attending University of Iowa for two years to pursue electrical and civil engineering. While attending college Harry and Ann Marie Grarup were married on February 25, 1951, at First Baptist Church in Sheffield. A year later he discontinued his schooling to support his family and allow Ann to finish her degree at the University of Iowa. Upon her graduation they lived for a year near her parents at Port Byron, IL, while Harry worked at International Harvester in Moline, IL, as a draftsman. In 1953 Harry and Ann moved back to the Koenigsberg home farm at Sheffield for a few years and started farming with help from his brothers. Following that he moved his family to the farmstead south of Chapin, where he farmed for 60 years raising livestock and grain crops in the Sheffield area, retiring from farming in 2013 at the age of 84. Throughout his life, he used his engineering skills to build and repair many different things. He could build anything, such as a three-wheeled skid loader from scratch, a putsi tractor out of a 1949 Plymouth car, to a ¼ scale model yellow Piper Cub airplane wind vane, which can still be seen on top of a barn at 1931 Olive Ave, Sheffield. He was an excellent carpenter and made many wood furniture items for the home as well as gifts. His primary joy of accomplishment was the starting of Faith Baptist Church in Hampton, Iowa, in 1972. A home Bible study of three families in Hampton led to a venture of faith to rent a facility for a growing group of believers who called their first pastor, Ron Saari. Harry served on the Sheffield Chapin School Board for six years. Harry enjoyed George Beverly Shea music, lighter songs from Eddy Arnold, and his beloved farm dogs. Harry is survived by his wife Ann, sons: Bruce (Pamela), David (Rosemary), Thomas (Kristine), and Jon (Eileen), daughter Jane (Tom) Kelley, sister Lois (Harold) Roberts, brother Melvin, sister-in-law Charlotte, brother-in-law Eldon (Marilyn) Grarup, 12 grandchildren and 19 great grandchildren and numerous nieces and nephews. He was preceded in death by his parents, seven siblings, and two grandsons: Jeffrey Koenigsberg and Drew Kelley. Harry was committed to his wife of 71 years and to his family. He had a wonderful, dry, and witty sense of humor and was loved by all who knew him. He was a generous man of integrity and strong faith which guided all of his life decisions. He would want each of you to know God like he did. Memorial contributions may be sent to Faith Baptist Church in memory of Harry Koenigsberg.

The family of Harry B. Koenigsberg created this Life Tributes page to make it easy to share your memories.

Send flowers to the Koenigsberg family.