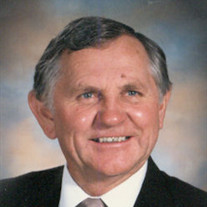 Jack Lloyd Sogard, 84, of Hampton, Iowa, passed away December 31, 2010, at the Franklin General Hospital Nursing Facility in Hampton, Iowa. He was born May 16, 1926, in Ellsworth, Iowa, to Harold and Melva (Porter) Sogard. Jack attended and graduated from Ellsworth Community High School in Ellsworth, Iowa. He was a tremendous all around athlete. He proudly served his country during World War II in the U.S. Army and was stationed in the Philippines. He also attended and graduated from Drake University in Des Moines, Iowa, with a Bachelors degree and from Colorado State University in Greeley, Colorado with a Masters degree. Jack married Mary Johanna Forslund on August 1, 1948, in Rochester, Minnesota. They made their home in Hampton, Iowa, moving there in 1959. Jack worked as a High School Social Studies Teacher and Coach for the Hampton Community School District. During his summers, he was the manager of the Hampton Swimming Pool. Jack and Mary were longtime members of St. Paul Lutheran Church. Until his later years Jack was an active member of his church and community. He was an avid reader. He loved learning and reading about history. He enjoyed watching Iowa, Iowa State, Northern Iowa, & Drake basketball and football games. Jack was an avid golfer, had tremendous appreciation and fondness for the game, enjoyed teaching/coaching it and loved playing it, especially with his three sons. He loved going and watching grandchildren participate in whatever activities they were involved in. Before their health failed, Jack and Mary enjoyed traveling and spending the winters in Arizona. He truly had the blessing of many friends and was both respected and loved. Jack is survived by son Mike and his wife Karen of Clear Lake; son Jim and his wife Donna of Ames; son Jeff and his wife Vicki of Carlisle; eight grandchildren, Chris, Matt, Jenny, Kara, Jamie, Chelsea, Kendra and Paige; six great grandchildren, Kate, Luke, Daniel, Sam, Ellie and Campbell; brother Bob Sogard of Burlington, Iowa, sister Marilyn and Ken Knutson of Litchfield, Illinois, sister Kathy and Howard Miner of West Des Moines, Iowa, brother Don Sogard of Story City, Iowa, brother Dean Sogard of Jewell, Iowa, brother Gail and Nellie Jo Sogard of Wichta Falls, Texas, sister Marge and Bill Sumberg of Denver, Colorado, brother Allen Sogard of New London, Minnesota, brother Ramon (Butch) and Cindy Sogard of Ellsworth, Iowa, brother Gary and Marge Sogard of Bellvue, Nebraska and sister Anne and Sonny Aller of Des Moines, Iowa. He is preceded in death by his wife of 56 years, Mary Sogard; and his parents, Harold and Melva Sogard. IN LIEU OF FLOWERS MEMORIALS MAY BE DIRECTED TO MIKE SOGARD, 408 SOUTH SHORE DRIVE, CLEAR LAKE, IOWA 50428 Burial will be in the Greenwood Cemetery in Ellsworth, Iowa.

The family of Jack Lloyd Sogard created this Life Tributes page to make it easy to share your memories.

Send flowers to the Sogard family.