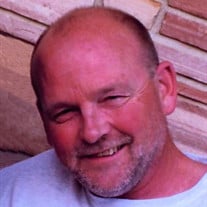 James (Jim) Lewis Wilkinson, 54 of Hampton, Iowa, passed away Tuesday, December 11, 2012, in Hampton, Iowa. Jim was born February 25, 1958, in Cedar Rapids, Iowa, to Lewis Minor and Mildred Ila (Vanderlinden) Wilkinson. He graduated in 1977, from Marion High School in Marion, Iowa.Â Â He was a dedicated husband, father, grandfather, brother, uncle and friend. His family meant so very much to him.Â Jim married the love of his life, Diane Jones, in Hampton, Iowa on September 26, 1998. In 2010, Jim and Diane moved to an acreage just outside of Hampton that represented his love of the outdoors. He is survived by hisÂ  beloved wife Diane Wilkinson, of Hampton; daughter Jenna (Paul) Mulford of Iowa Falls; son Josh Wilkinson of Ames; son Josh Hunt of Winona, Minnesota; son Brady (Amanda) Hunt of Mason City; grandchildren Carter, Landon, Sophia, Cameron, Cole, Aleiah, Brayden, Amiya, and Owen, mother Mildred Wilkinson, brothers Bill (friend Judy) Wilkinson, John (Kathie) Wilkinson, Dick (Deb) Wilkinson, Glen (Jackie) Wilkinson all of Marion; special nephew Michael (Sondra) Wilkinson of Cedar Rapids, as well as several nieces, nephews, great nieces and great nephews. He is preceded in death by his father Lewis and a very dear friendÂ  "uncle" Buzz Gibson. His family extended beyond blood relatives as Jim was blessed with countless friends who he has treasuredÂ near and dear to him.Â  After leavingÂ Seabee Corporation, where he was employed as a machinist, Jim started his own business, Midwest Machine & Tool in Hampton, which soon became one of his passions. Jim was very proud of everything he built and was known for his hard work ethic. He always took his beloved dog Mallie Mae with him to work. He was a member of the Hampton United Methodist Church.Â He was a seventeen year member of the Hampton Fire Department. JimÂ enjoyed his free time byÂ spending time with his grandchildren, boating, ridingÂ his Harley with many friends,Â and following the Iowa Hawkeyes. One of his many joys inÂ life was helping people with nothing in return expected. He will be greatly missed byÂ everyone that knew and loved him. To knowÂ Jim is to love him. In Lieu of flowers memorial may be directed to the family. Burial will take place at the Hampton Cemetery at a later date.

The family of James Lewis Wilkinson created this Life Tributes page to make it easy to share your memories.