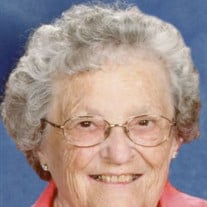 Jo Ann Miller, 79, of Hampton, Iowa, passed away Wednesday, October 30, 2013, at her home in Hampton. She was born on January 14, 1934, in Rockford, Iowa, the daughter to Eugine (Haag) Mullen. Jo Ann was baptized and confirmed at St. Peter's Lutheran Church. She graduated from Rockwell High School. Jo Ann was united in marriage to Wendell Miller on June 17, 1956, at St. Peters in Rockwell. She was a homemaker and worked alongside her husband at Miller Tractor Service in Hampton, taking care of the book keeping. Jo Ann was a member of Trinity Lutheran Church in Hampton where she was involved with LWML, taught Sunday school, and served as a pre-school teacher at the church pre-school. She was a member of the Franklin General Hospital Auxiliary, where she volunteered in the gift shop and was co-chair of the blood drive for many years. Jo Ann enjoyed playing bingo, card games, puzzles, watching the Hawkeyes, shopping with her daughters and spending time with her family. Her family came first. If family needed her she was there for them. Jo Ann was always supportive of her children's and grandchildren's activities. She is survived by her daughter Lori Miller of Farnhamville, daughter Sandra and husband Mark Harrington of Plymouth, daughter Kim Miller of Hampton, son Kurt Miller of Gilbert, Arizona, grandson Kyle Harrington of Plymouth, granddaughter Kayla Harrington of Johnston, grandson Alex Miller of Gilbert, Arizona, sister Beulah Curley of Rockwell, sister-in-law Marlis Janssen of Adams, Minnesota, brother-in-law Gene and wife Sharon Miller of Latimer, along with many nieces and nephews. Jo Ann was preceded in death by her husband Wendell, mother Eugine Mullen, and father-in-law and mother-in-law Henry and Margaret Miller, sister June Kidgell, brothers and sister-in-laws Robert Curley, Melvin and Dorothy Miller, Bill Janssen and niece Jacalyn Hartwigsen. Burial will take place in the Hampton Cemetery.

Jo Ann Miller, 79, of Hampton, Iowa, passed away Wednesday, October 30, 2013, at her home in Hampton. She was born on January 14, 1934, in Rockford, Iowa, the daughter to Eugine (Haag) Mullen. Jo Ann was baptized and confirmed at St. Peter's... View Obituary & Service Information

The family of Jo Ann Miller created this Life Tributes page to make it easy to share your memories.