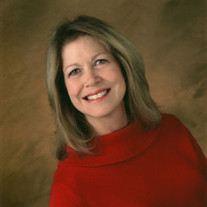 Judy Ann Wullbrandt, 59, of Hampton, Iowa, passed away December 17, 2010, at the Franklin General Hospital in Hampton, Iowa. She was born September 20, 1951, in Hampton, Iowa, to Allen and Jean (Walker) Connelly. Judy graduated from the Hampton Community High School in 1969. She continued at the University of Northern Iowa, where she graduated with a BA in Spanish and had the opportunity to study in Bogota, Columbia. In 1968 she and Paul Wullbrandt began a 42-year-long love story. They were married on May 20, 1974, in Allison, Iowa. Judy owned and operated Wullbrandt Studio since 1974, with her husband Paul. Together they raised two children in rural Hampton. Judy was affiliated with the Hampton United Methodist Church. She was instrumental in the restoration of the Windsor Theatre and the Harriman-Neilsen House in Hampton. She participated in the FDA approval study for Herceptin, a medicine that will continue to help many other women affected by breast cancer. Her character was a service that helped many cancer patients at the Mayo Clinic in Rochester, Minnesota. Judy was a source of love, wisdom, and peace for so many. She is survived by her husband Paul Wullbrandt of Hampton, daughter Lia Wullbrandt of Shawnee, Kansas, son Alex Wullbrandt of Arvada, Colorado, mother Jean Connelly of Hampton, brother Jim (Mary) Connelly of Lee's Summit, Missouri, sister Pam (Bill) Moore of Hampton, mother-in-law Fran Wullbrandt of Hampton, sister-in-law Wendy Wullbrandt of Staten Island, New York, sister-in-law Jane Wullbrandt & Charles Center of Altanta, Georgia, sister-in-law Beth (Steve) Vogts of Murray, Kentucky and seven nieces & nephews. Judy was preceded in death by her father Allen Connelly and father-in-law Fritz Wullbrandt. IN LIEU OF FLOWERS MEMORIALS MAY BE DIRECTED TO THE FAMILY.

Judy Ann Wullbrandt, 59, of Hampton, Iowa, passed away December 17, 2010, at the Franklin General Hospital in Hampton, Iowa. She was born September 20, 1951, in Hampton, Iowa, to Allen and Jean (Walker) Connelly. Judy graduated from the Hampton... View Obituary & Service Information

The family of Judy A. Wullbrandt created this Life Tributes page to make it easy to share your memories.

Send flowers to the Wullbrandt family.