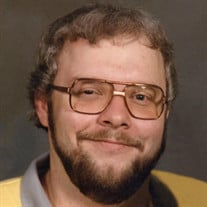 Kevin Dean Quintus, 63, of Albert Lea, Minnesota, formerly of Hampton, passed away Wednesday, April 13, 2022, at Mayo Clinic Hospital - St. Mary’s Campus in Rochester, Minnesota. Visitation will be held from 4:00 p.m. to 7:00 p.m., Friday, April 22, 2022, at Counsell Woodley Funeral Home in Hampton. Funeral services will be held at 10:30 a.m., Saturday, April 23, 2022, at Hampton United Methodist Church. Burial will take place in the Concord Cemetery in Garner. Counsell Woodley Funeral Home of Hampton is caring for Kevin and his family. Kevin was born January 13, 1959, in Britt, Iowa, to Dean and Phyllis (Jensen) Quintus. He graduated from Hampton High School and continued his education at Hawkeye Technical College, graduating with an automotive degree. On May 22, 1987, Kevin was united in marriage to Laura Hanson at the Little Brown Church in Nashua. While Kevin was blessed with a step-son Jeremy, they were also blessed with two daughters, Jessica and Katie. Throughout the years, he worked at NAPA, APW and Seabee’s in Hampton, and most recently was employed at Kraft in Mason City. Kevin was affiliated with the United Methodist Church. In Kevin’s younger years he enjoyed building models, playing baseball and was a boy scout. He and Laura were members of a card club. He attended many drag races in Humboldt and in other towns with Justin and many other friends. Kevin liked to watch action/war movies; especially M.A.S.H. in his free time. Kevin often rode in the semi and helped load hogs with his friend, Neil. He was an early riser and enjoyed watching the sunrise. Kevin enjoyed driving around the countryside looking for deer while listening to music and deer hunting with his friend John, numerous friends and his daughter Katie. Kevin also enjoyed Katie’s dog Charger; they were the best of buds. He loved spending time with his friends; they were so important to him. Kevin is survived by his wife Laura Quintus of Albert Lea, Minnesota; step-son Jeremy (Laura) Young of Albert Lea, Minnesota; daughter Jessica Quintus of West Des Moines; daughter Katie (Matt Tull) Quintus of Mason City; grandchildren Lyla Young, Chaz and Brody Burgdorf of Albert Lea, Minnesota; great granddaughter Jaynie Burgdorf of Albert Lea, Minnesota; sister Valerie (John) Witcraft of Hampton; along with many numerous nieces, nephews and extended relatives. He was preceded in death by his parents Dean and Phyllis, sister Cynthia Jean, niece Cynthia Jean, brother-in-law Denny Shirk and sister-in-law Sandy Shirk. Memorials may be directed to Kevin's family and mailed to Counsell Woodley Funeral Home, PO Box 403, Hampton, Iowa 50441.

The family of Kevin Dean Quintus created this Life Tributes page to make it easy to share your memories.

Send flowers to the Quintus family.