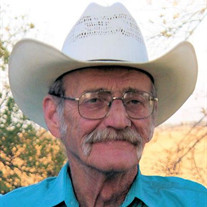 Larry Gene Hess, 62, of Hampton, Iowa, passed away on Thursday, January 24, 2013, at his home in Hampton. He was born on April 2, 1950, in Hampton, Iowa, to Robert and Roberta (Bohner) Hess. Larry graduated from Waverly-Shell Rock High School in 1968 and Reisch Auction College in 1975. He was united in marriage to Sandra Siems in 1969 and later divorced. On June 10, 1978, he married Margaret "Maggie" Beeman, in Haltom City, Texas. Larry's entire life revolved around horses. He was a true 21st-century horseman. His passion was helping horses with people problems and helping people with horse problems. He and his wife, Maggie, spent many years together racing horses at tracks across the United States. They had also worked as part time instructors in Kirkwood Community College's Equine program, trained horses for the public, and conducted horse-training seminars and clinics for many years. Larry was a wonderful companion to Maggie for 34 Â½ years, and he was a terrific dad with a great sense of humor who was caring, understanding, and always teaching. Larry enjoyed carpentry, playing guitar, dancing, roping, Folger's coffee, country music, and researching family genealogy. A lifelong academic in the study of horse and human communication, Larry also had an artistic flair and loved to write poetry. Spending time with his family and friends was the joy of his life, and the coffee pot was always on. Larry is survived by his wife Maggie of Hampton, daughter Lisa Slocum and John Ross of Waverly, daughter Michelle Roose and Mitch Miller of Sheffield, son Justin and wife Kendra of Cedar Rapids, son Samuel and wife Sarah of Waterloo, grandchildren Justine Roose, Megan Roose, Chase Slocum, Krislyn Flora, Kylea Hess, Kenzie Hess, Jonathan Hess, Selah Hess and Abigail Hess, brothers Dennis and wife Mary of Hereford, Arizona, and Roger and wife Delores of Crowley, Texas, along with many nieces, nephews, cousins and friends. He was preceded in death by his parents Robert and Roberta, step-mother Hilda and brother James. Burial will take place at a later date.

Larry Gene Hess, 62, of Hampton, Iowa, passed away on Thursday, January 24, 2013, at his home in Hampton. He was born on April 2, 1950, in Hampton, Iowa, to Robert and Roberta (Bohner) Hess. Larry graduated from Waverly-Shell Rock High School... View Obituary & Service Information

The family of Larry Gene Hess created this Life Tributes page to make it easy to share your memories.

Send flowers to the Hess family.