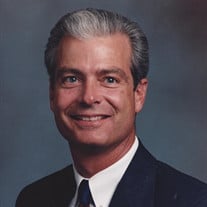 Mark William Bigler, son of John (Bill) and Naomi (Penny) Bigler, was born in Hampton, IA, on June 24, 1951. Mark grew up in Dumont, IA, where he attended the local public school. It was there his life-long love of music was fostered in playing the drums and where he excelled in sports and enjoyed success as a contender in state track meet competition. This ability led to his participation as an outstanding member of the Morningside College track team. It was there, also, that he became a member of the Tau Kappa Epsilon fraternity, an association which enriched his entire life. Mark moved to Des Moines following his graduation from Morningside in 1973 and achieved several goals in the business community, one of which was ownership of his own company, Iowa Sun Control. He also was on the sales force of Iowa Realty, a position uniquely tailored to his salesmanship, customer service mentality and attention to detail. Mark had a zest for life, which he fully exercised in snow skiing, fishing, boating, line dancing and avidly following his favorite team, the Iowa Hawkeyes. For many years, Mark could be found on autumn Saturdays tailgating on Melrose and grilling his famous "Bigler chicken" before the Hawkeyes took the field. Mark passed away in Des Moines at Arbor Springs surrounded by his loving family, after a long battle with Alzheimer's. He was preceded in death by his mother, Penny, and his nephew and his niece, Nathan and Erica Wagner. Mark is survived by his father, Bill Bigler of Dumont IA; his brother, David (Lee), of Lakeville MN; his sister, Teresa (Keith) Anderson, of Kalona, IA; his sister, Angela (Russell) Swieter, of Des Moines, IA; his brother Jeff (Marnie), of Rochester, MN; his sister, Lisa (Scott) Sailer, of Urbandale, IA; fourteen nieces and nephews and seventeen great nieces and nephews. It was his joy to be part of this loving and lively family. The family is requesting that, in lieu of flowers, memorials be made to Mayo Alzheimer's Disease Research Center, 4111 Highway 52 North, Northwest Clinic Bldg, Rochester, MN 55901.

Mark William Bigler, son of John (Bill) and Naomi (Penny) Bigler, was born in Hampton, IA, on June 24, 1951. Mark grew up in Dumont, IA, where he attended the local public school. It was there his life-long love of music was fostered in playing... View Obituary & Service Information

The family of Mark W. Bigler created this Life Tributes page to make it easy to share your memories.

Send flowers to the Bigler family.