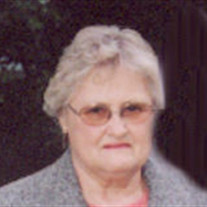 Marylin Joyce Davis, 74, of Allison, Iowa, passed away July 31, 2010, at the Bartels Lutheran Retirement Community in Waverly, Iowa. She was born July 27, 1936, in Lacona, Iowa, to Floyd James and Martha (Gray) Snuggs. Marylin graduated in 1954 from the Humeston High School in Humeston, Iowa. She was married on May 28, 1954, in Princeton, Missouri to Daryl Dean Davis. Marylin worked as a Teachers Aid with the Allison Bristow Schools, then at the Allison Care center and retired from the Butler County Public Health as a Home Health Aide. She was a member of the Allison United Church of Christ in Allison, where she was active on several offices and boards, she was also active in the Women's Fellowship for many years. She enjoyed camping, gardening, traveling and knitting. Marylin is survived by her son Ron (Sherida) Davis and family Jason Davis, Chamee & Nick Thorne and Jax & Jady Thorne, daughter Lou (Scott) Dedinsky and family Nick & Michael Dedinsky, sister Janice Woods and family, sister-in-law Marylee Davis. She was preceded in death by her parents, husband Daryl, twin sister in infancy and grandson Christopher Dedinsky.

The family of Marylin Joyce Davis created this Life Tributes page to make it easy to share your memories.

Send flowers to the Davis family.