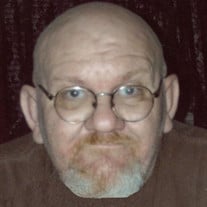 Melvin "Butch" Eugene Neagle, 52, of Allison, Iowa, passed away at his home on April 19, 2012. He was born on June 12, 1959, in Storm Lake, Iowa, the son of Melvin G. and Donnabell (McChesney) Neagle. He was baptized in 1985, at the Church of Christ in Rockwell City, Iowa. Butch received his GED from Crestland High School of Early and Nemaha, Iowa. He worked as a welder for Unverferth Manufacturing in Shell Rock, Iowa. Butch was a member of the Second Chance Motorcycle Club and enjoyed riding his motorcycle, woodworking, harassing Deanna, welding, and spending time with his friends and family. He is survived by his significant other, Deanna Thompson of Allison, his father, Melvin G. Neagle of Early, Iowa, two daughters, Kalissa (Adam) Jacobson of Shell Rock, Iowa and Vanessa Thompson of Charles City, Iowa, a sister, Cheryl Hanson of Early, Iowa, a brother, Frank Neagle of Madelia, Minnesota, three grandchildren and many nieces and nephews. Butch was preceded in death by his mother, Donnabell, and his best friends, Dave Ayers and Tom Allen. Burial will be in the Allison Cemetery.

The family of Melvin Eugene Neagle created this Life Tributes page to make it easy to share your memories.

Send flowers to the Neagle family.