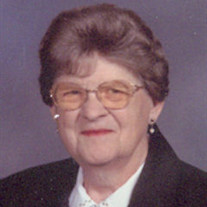 Norma Bruns, 86, of Allison, Iowa, passed away Thursday, January 6, 2011, at the Rehabilitation Center of Allison. She was born the daughter of Harvey & Anna (Johnson) DeBower on June 10, 1924, in rural Butler County, Allison, Iowa. She received her education at the Jackson #10 rural country school and the Allison High School graduating from 12th grade in May of 1942. She was also confirmed from the St. James Lutheran Church in Allison. On November 26, 1942, she was united in marriage to Jake B. Bruns of rural Aplington, Iowa, at the St. James Lutheran Church parsonage by Rev. Nassen. After their marriage they lived on the farm and she worked in the home and helped with farming. In later years she worked outside the home. She managed a restaurant, worked at B & W Grocery in Allison, worked as a cook and later managed the Allison-Bristow School lunch program until she retired in 1987. Norma and Jake then spent the winter months together at Harlingen, Texas, until Jake's death on March 10, 1995. Norma was an active member of Trinity Reformed Church in Allison. She is survived by two sons Jim Bruns of Appleton, Wisconsin, Keith and wife Diane Bruns of Dubuque, Iowa, four grandchildren Tony & Amy, Travis & Lindsey, Shelley and Scott, two great grandchildren Brooke and Madyson (s.p.), brother Ernest DeBower of Waverly and also nieces and nephews. She was preceded in death by her husband Jake on March 10, 1995, by her parents, one son Daryle, two sisters Anna DeBower and Lila Brodbeck, brother Delbert DeBower and great grandson Conner. Burial will be in the Allison Cemetery.

Norma Bruns, 86, of Allison, Iowa, passed away Thursday, January 6, 2011, at the Rehabilitation Center of Allison. She was born the daughter of Harvey & Anna (Johnson) DeBower on June 10, 1924, in rural Butler County, Allison, Iowa. She received... View Obituary & Service Information

The family of Norma Bruns created this Life Tributes page to make it easy to share your memories.

Send flowers to the Bruns family.