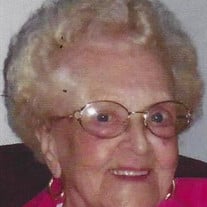 Norma Jean Plagge, age 91, passed away peacefully on June 27. Norma was the daughter of Russell and Velma Kent. She was raised on a farm in the Hampton area with her sisters, Nadine and Letha. As a young person she loved her dogs, roller skating and attending country school. She had fond childhood memories of fun times with the Rodemeyer and Simons families as she grew up. Norma graduated from Hampton High School in 1941 and spent several years being a telephone operator with her sisters. She married Dale Plagge and, in their young years, they enjoyed happy times at the Surf with their friends. Dale and Norma spent most of their married life farming south of Hampton and raising their children, Craig and Connie. Summers were with filled with 4H and FFA activities, the Franklin County Fair, camping at Beeds Lake with friends, as well as milking cows and hard work on the farm. Winters included coffee time and card and Yahtzee parties with their good neighbors. Their son, Craig, married Janice Younge and they were blessed with two daughters, Lynette and Jody. Their daughter, Connie, married Mike Murphy and they have three children, Nicole, Jessica and Sean. Dale and Craig both had far too short of lives. However, they both passed away while doing what they loved doing, farming the land. After Dale's death, Norma spent many years working with North Iowa Community Action and enjoying her neighborhood on Windsor Blvd. Norma loved being a mother and grandmother. She was there when her family needed her. Norma's grandchildren carry with them many happy memories of fun holidays, sleep overs, garage sales, hours of playing card games and underage driving adventures. Norma is remembered by her daughter, Connie (Mike) Murphy; her grandchildren Lynette (Gary) Lindsey, Jody (Greg) Booth, Nicole (Nate) Anderson, Jessica (Jonathan) Schreyer, and Sean Murphy; her great-grandchildren, Ryan, Brooke, Oliver, Fiona and Walter; and her great-great-grandchild, Kinlee; her sister, Letha; along with nieces and nephews. The family would like to thank Vic and Julie Wolf who were always there when Norma needed them; and Susie Crawford and Amy and Jean Wolfe who were loyal visitors for many years and provided so much love and support. Also, thanks to the staff at Country View and Hospice of North Iowa who showed much kindness in caring for Norma. There will be a memorial service on July 11th at the United Methodist Church at 11:00. To celebrate Norma's life, friends may visit with the family from 11:30 to 1:30 on July 11th at the Methodist Church in the church fellowship hall. Lunch will be served. Norma taught us through the life she led that we can survive great losses and continue to live the life we have been given.

Norma Jean Plagge, age 91, passed away peacefully on June 27. Norma was the daughter of Russell and Velma Kent. She was raised on a farm in the Hampton area with her sisters, Nadine and Letha. As a young person she loved her dogs, roller... View Obituary & Service Information

The family of Norma Jean Plagge created this Life Tributes page to make it easy to share your memories.