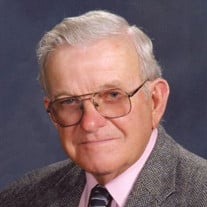 Norman Speich, 77, of Hampton, Iowa, passed away Tuesday, September 10, 2013, at the Muse Norris Hospice Inpatient Unit in Mason City, Iowa, from lung cancer. He was born on November 5, 1935, to Antone and Ellen (Johnson) Speich, on the family farm near Renwick, Iowa. At the age of 3, the family moved to a farm near Ottosen, Iowa, where he later graduated from Ottosen High School. Norman served his country in the United States Army at Ft. Lee, Virginia. After his discharge, he came to Hampton to be employed by Murphy Transportation. Here he met Della Rewerts and they were married on September 15, 1962. Norman and Della were proud parents of Michelle and Barry. His love for his children was enormous. Norman was also employed by Shaw Construction and Seabee Corp, constructing many of their buildings. Norman was so proud of his two grandchildren Megan and Caleb. Special moments were helping them build Lego towers and teaching them to water ski. Norman water skied to the age of 75, one of his many enjoyments, along with camping and boating. He also enjoyed watching sports, playing cards with friends, and helping Barry at the races. Norman was a member of St. Paul Lutheran Church in Hampton for over fifty years. He treasured the warmth and friendship of his church family. Norman is survived by his wife Della, son Barry, daughter Michelle and her husband Greg Hanson and their children Megan and Caleb, brother Bob and wife Karen, sisters-in-law Marva Speich, Connie Rewerts and Sharon Rewerts and all of their families. He was preceded in death by his parents, brother Edwin, twin brother Arland, sisters Evelyn (Gene) Walston, Verona (Paul) Berninghaus and Ruth Speich, nephew Charles Walston, parents-in-law Henry (Alice) Rewerts and brothers-in-law Richard and Tom Rewerts. Burial will take place in the Hampton Cemetery.

Norman Speich, 77, of Hampton, Iowa, passed away Tuesday, September 10, 2013, at the Muse Norris Hospice Inpatient Unit in Mason City, Iowa, from lung cancer. He was born on November 5, 1935, to Antone and Ellen (Johnson) Speich, on the family... View Obituary & Service Information

The family of Norman Speich created this Life Tributes page to make it easy to share your memories.

Send flowers to the Speich family.