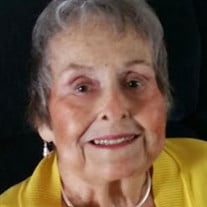 Patricia Crawford Scoles, widow of Vernal Edward Scoles, peacefully departed this world on Monday, June 27, 2016, at Franklin General Hospital in Hampton, Iowa. Pat was born on July 23, 1940 in New London, Connecticut. Her parents, George Sheridan Crawford and Marion VanDerlyke Crawford resided in New London their entire lives. Pat was baptized and confirmed at St. Mary's in New London and graduated from New London High School in 1958. She then attended and graduated from Windham Community Hospital School of Nursing in Willimantic, Ct. in 1960. Returning to New London, Lawrence and Memorial Hospital employed her as a nurse and shortly thereafter, she met Vern, who later became her husband. Vern was active in the United States Navy, stationed at the Naval Submarine Base and worked part time as a corpsman at the hospital. They married at St. Mary's Church on June 10, 1961. Soon after their nuptials, they were stationed in Kenitra, Morocco for four years. During this time, a daughter Julia Elizabeth was born. Moving on to a new assignment in Portsmouth, Virginia, Vern attended medical administration school and a second child, Sandra Ann was born. Upon completion of Vern's training, they moved to Portsmouth, New Hampshire which delighted Pat as she was closer to home and her family. When Pat's Mom became ill, she had the opportunity to care for her baby brother in NH and was also able to go home to care for a very ill Mother. Pat was always thinking of her family. Naval orders arrived and off Pat, Vern, Julie, and Sandy traipsed to Guam. Pat was totally involved in raising her daughters and working full time in a military hospital that cared for injured military troops. She also had the privilege of viewing the bluest of blues and the greenest of greens in the ocean and swimming with her daughters as much as she could. When Vern was stationed in Vietnam for a year, Pat and the girls came home to CT where Julie began school in Montville and Sandy attended Preschool. At this time, Pat reentered nursing at Lawrence and Memorial Hospital where she had initially met Vern, the love of her life. Rota, Spain for four years and then New Brunswick ME became homes for a while and after 22.5 years in the United States Navy, Vern retired and the Scoles family moved to Hampton, IA to plant their roots, settle and make the mid-west their home. Pat, a happy military wife, reluctantly left the east coast to live in Hampton, IA. Adjusting to the mid-west took her some time. Making new friends, becoming involved in the community and reentering nursing with a new specialty in geriatric nursing facilitated a rich and meaningful new life. Pat's involvements included membership in St. Patrick's Catholic Church, a core committee member of the Sister Friend Annual Weekend Celebration, Safe House for crisis intervention clients, Franklin General Hospital Auxiliary and Board Member and manager of the FGH Lobby Shop. In 2011, Pat was honored by receiving the Auxilian and Volunteer Shining Star Award. Last summer, Pat was also awarded a special recognition from FGH. Pat leaves behind two daughters, Julia Elizabeth (Mark) Meinders and Sandra Ann Anderson and five granddaughters, Meg (Mario) Jaquez, Anne Warwick, Olivia (Manuel) Warwick, Laurel Anderson and Nadine (Caitlin) Anderson. She also leaves 7 great grandchildren, Sophie, Cruz, Bronx, Calliope, Vivian, Lilah and Landon and a sister in law, Aleen Kezar, of Waterloo. In Connecticut, she leaves behind 3 siblings, Elizabeth Crawford Marr of Niantic, Thomas (Patricia) Crawford of Rocky Hill and Robert (Diane) Crawford of Newington. Pat was preceded in death by her husband, Vern and her parents. She also leaves behind two very dear friends that became part of the family, Jean Connelly and Linda Hamilton. They were with her almost daily providing company, meals and love. We are forever grateful for their support. Pat came to love her home and life in Hampton because of the close knit community of her church, her employment and volunteerism at Franklin General Hospital and the love she felt and shared with her family and friends. Pat's loyalty to nursing at FGH and the continued volunteerism after her retirement brought her great joy and satisfaction. Love and loyalty to family were always Pat's first priority. She was always loving and supportive to all family members. She will leave a void in all of those left behind, but leaves many happy memories and stories for all to cherish and a laugh that can't be replicated.

The family of Patricia S. Scoles created this Life Tributes page to make it easy to share your memories.

Send flowers to the Scoles family.