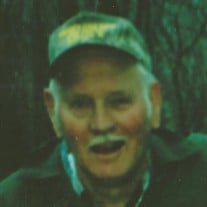 Richard Jacobs Greene: A Funeral Mass for Richard George Jacobs, 83, of Greene will be at 10:30 a.m., Tuesday, March 1, 2022, at St. Mary Catholic Church in Greene with Father Ralph Davis officiating. Burial will be in the St. Mary Cemetery, Greene. Visitation will be from 5:00-7:00 p.m. on Monday, with a Rosary at 7:00 p.m.; led by Jordan Jacobs, Grandson. The service will be at Counsell Woodley Funeral Home, 519 N. First St. Greene. Richard was born on August 15, 1938, a son of Peter “Bill” and Ella (Voigts) Jacobs and passed away on Wednesday, February 23, 2022, at the Waverly Health Center in Waverly surrounded by the love of his devoted family. He received his education in local country schools and was educated by his father into the carpentry trade. He learned to make furniture, clocks and cabinets among other items, which seemed to come natural to him. Richard was a faithful member of St. Mary Catholic Church in Greene and the Knights of Columbus. He was united in marriage to Marian Roseberry on December 2, 1961, at St. Mary Catholic Church in Waterloo. The couple was blessed with 5 children. Richard farmed and raised his family outside of Greene until his retirement when he moved into town. He was a gentle man, humble, and kind with a booming voice and a joyous disposition. He loved to joke around and tell funny stories. He enjoyed fishing and took time to introduce his children and grandchildren to the sport. He would travel to Canada each year to fish and went to Minnesota each summer with his son-in-law and grandson. He was an avid card player with family and friends. He didn’t care about winning the enjoyment was the time spent with others. Richard also enjoyed hunting and even traveled to Colorado to Elk hunt. Most memorable, however, was his calling raccoons. He would help anyone with anything they needed, he always made time for others. He was a very devoted father and grandfather and attended most of their school sporting events. Richard‘s family was everything to him and he felt they were truly a gift from God. He is survived by his loving wife of 60 years, Marian; two son: David Jacobs of Mason City; Jeff (Robin) Jacobs of Greene; daughter, Dee (Tim) Powers, Lisbon; grandchildren Fr. Joshua Jacobs, Jordan (Christina) Jacobs and children Magdalene, Tobias, Philomena, Theodore, Francis, Josephina, Anastasia, Charles; Tanner (Sam) Jacobs and child Bennett; Jackson Powers; siblings, Donna Spratt, Judy (Lemar) Chester; Janet (Blair) Adams; sister-in-law Angie Jacobs; many loving nieces, nephews and friends that hold him dear in their hearts. Richard was preceded in death by his two children, Melinda and Stephen, his parents; sisters and brothers: Leroy Jacobs, Gladys Young, Earl Jacobs, Barb Jacobs, JoAnn Berger. Those planning an expression of sympathy may direct memorials to the family at P.O. Box 219 Greene, Iowa 50636. Services have been entrusted to Counsell Woodley Funeral Homes. 641-823-4457 www.counsellwoodleyfuneralhome.com

Richard Jacobs Greene: A Funeral Mass for Richard George Jacobs, 83, of Greene will be at 10:30 a.m., Tuesday, March 1, 2022, at St. Mary Catholic Church in Greene with Father Ralph Davis officiating. Burial will be in the St. Mary Cemetery,... View Obituary & Service Information

The family of Richard George Jacobs created this Life Tributes page to make it easy to share your memories.

Send flowers to the Jacobs family.