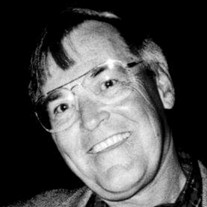 Robert Elmore, 87, of Ackley, passed away Wednesday, April 13, 2022 at Grand JiVante in Ackley. He will be laid to rest with a family inurnment at the Des Moines Masonic Cemetery at a later date. Those planning an expression of sympathy may wish to consider memorials to the Food Bank of Iowa. Counsell Woodley Funeral Home of Iowa Falls is caring for Bob and his family. Robert “Bob” Eugene Elmore was born on February 6, 1935 to Eugene Frederick and Atha Dahlene (Taylor) Elmore in Des Moines, Iowa. Bob graduated from North High School in 1953. He earned a BA in physical education at Iowa State Teachers College, graduating in 1957. Bob was an all-city football tackle and lettered in both football and baseball at ISTC (now UNI). He was great at staying in touch with his Phi Sig fraternity brothers over the years, most of whom have pre-deceased him. After college he went into teaching at Carlisle and Monroe High Schools, with aspirations of coaching. After several years without as many coaching assignments, as he would like, he entered the insurance field in 1961. On October 20, 1984 Bob married Teri Lynn McClure in Upland, California. Bob worked for Dairyland and Home Insurance but his primary employer was Insurance Company of North America (INA) now known as Cigna, as claims adjuster, supervisor and manager, in various parts of the country including Upland, CA where he met his wife, Teri. He retired from Cigna’s Major Claims Environmental Department in February, 1993 and he and Teri retired to Pinehurst, North Carolina. Bob enjoyed playing golf for 14 years and then moved back to his home state of Iowa in 2007, taking up residence in Ackley. He continued to play seasonal golf in Ackley until old football injuries precluded it. In his younger days Bob coached little league baseball and was involved in community improvement. He was an excellent wood worker and also a life-long fan of the St. Louis Cardinals. He loved his alma mater but rooted for the Iowa Hawkeyes. When the Hawks weren’t playing, he cheered on the Cyclones and Panthers. Though far apart, Bob loved his family and his home state of Iowa. Robert Elmore is survived by his wife, Teri Elmore of Ackley, Iowa; children, Kevin (Kathy) Matson of Huntington Beach, California, Rob Elmore of Phoenix, Arizona, Melynda Efobi of West Des Moines, Iowa and Melissa Jasper of Cincinnati, Ohio; seven grandchildren and one great grandson; one sister in-law, two nephews, one niece and many cousins. He was preceded in death by his mother and father; brother, James Franklin Elmore; son, Shawn Elmore and many aunts, uncles and cousins.

Robert Elmore, 87, of Ackley, passed away Wednesday, April 13, 2022 at Grand JiVante in Ackley. He will be laid to rest with a family inurnment at the Des Moines Masonic Cemetery at a later date. Those planning an expression of sympathy may... View Obituary & Service Information

The family of Robert E. Elmore created this Life Tributes page to make it easy to share your memories.

Send flowers to the Elmore family.