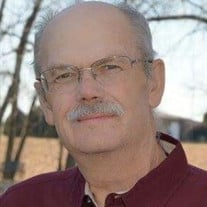 Ronald Francis Paine, 60, of Hampton, Iowa, passed away Tuesday, February 28, 2017, at Hospice of North Iowa, after his courageous battle with cancer. He was born on July 23, 1956, in Charles City, Iowa, to William and LaBonna (Fredrichs) Paine. Ron attended Rudd Rockford Marble Rock High School. He was united in marriage to Diana Cooper on December 6, 1975, at St. Paul Lutheran Church in Hampton. Ron worked for United Hydraulics in Hampton; for Iowa Falls Roofing for twenty-one years, and then started his own business, Ron's Roofing in 1998, along with his son, Brad. In 2015, Ron retired and Brad assumed ownership. He was a member of Faith Baptist Church in Hampton, where he was a past Deacon and a high school youth group leader. Ron enjoyed camping, fishing, woodworking and playing cards. He enjoyed coaching the girls and boys teams for many years. He was also involved in the Squaw Creek festival. Ron was a devoted family man and enjoyed making special memories with all the kids and entertaining those who visited with go-karts, fireworks and fishing at Paine's Pond. Ron had a servant's heart and would always step up to help people when needed. Whether it was a helping hand, opening up his home or the use of any of his belongings. Ron leaves his wife Diana, of forty-one years; his daughter, Hope Paine Polk of Hampton; his son, Brad (Emily Rush) Paine of Hampton; seven grandchildren: Levi Paine, Heather Paine, Kelsey Paine, Jackson Polk, Calista Polk, Olivia Polk and Aiden Polk; special niece Nicole Grover; siblings Sandy (Scott) Wolff, Starla (Bill) Silvey, Janice (Dennis) Ernst, Nancy (Dennis) Stewart, Chuck (Barb) Paine, Tammy (Rusty) Miller, and Billie Jo (John) Dow, along with many nieces and nephews. He was preceded in death by his mother and father, step-mother, two brothers Teddy and Mike and one sister Lorri.

Ronald Francis Paine, 60, of Hampton, Iowa, passed away Tuesday, February 28, 2017, at Hospice of North Iowa, after his courageous battle with cancer. He was born on July 23, 1956, in Charles City, Iowa, to William and LaBonna (Fredrichs) Paine.... View Obituary & Service Information

The family of Ronald Francis Paine created this Life Tributes page to make it easy to share your memories.

Send flowers to the Paine family.