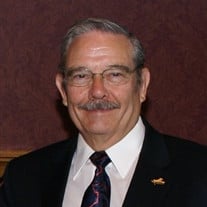 Stephen (Steve) Richard Stewart, 69, of Hampton, Iowa, passed away January 31, 2015, at his home in Hampton, Iowa. He was born April 11, 1945, in Concordia, Kansas, to Raymond and Florence (Eddington) Stewart. Steve attended Courtland Community School in Courtland, Kansas where he participated in football, basketball, and track, all three sports coached by his father, Raymond. He and his brother, Larry, enjoyed hunting and fishing together as boys and young men in the Kansas countryside. After high school graduation, Steve attended Fort Hays State University in Hays, Kansas and graduated in 1968. From 1968 to 1970, Steve served his country in the United States Army and while in Korea, achieved the rank of Specialist 5th Class. He was united in marriage to the love of his life, Bonnie Bridges, on August 7, 1970, in Plainfield, Iowa. To this union, two children were born. After teaching Physical Education and Life and Earth Science for 20 years, he then worked as a Restorative Aide at Opportunity Village in Clear Lake, Iowa until his retirement in 2011. Steve had a passion for his work with the residents of Opportunity Village and maintained friendships with residents and co-workers alike, even after he retired. Steve loved the outdoors and passed on his love of fishing to his children and grandchildren. An accomplished swimmer, he took great pride in being able to teach not only his children, but his grandsons to swim. Steve was a well-known figure at statewide music events as the ever present supporter and cheerleader of his wife and her music students. His kindness and concern earned him the love and respect of all who had the privilege to meet him. Steve was affiliated with the Evangelical Free Church and the Hampton United Methodist Church. Steve is survived by his wife Bonnie Stewart of Hampton, daughter Shiona Stewart of Hampton, son Jared Stewart of Des Moines, and grandsons Samuel and James. He was preceded in death by his parents and brother Larry.

The family of Stephen (Steve) Richard Stewart created this Life Tributes page to make it easy to share your memories.