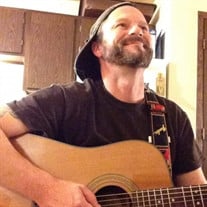 Timothy Alan Roose, 46, of Sioux Falls, South Dakota, passed away January 3, 2016, at his home in Sioux Falls. He was born December 1, 1969, in Charles City, Iowa, to Stanley and Sandy (Ott) Roose. Tim graduated from Allison Bristow High School in 1988. He attended Hawkeye Community College in Waterloo, Iowa, and graduated with a degree in Electronic Design Engineering. Tim was employed at Midcom in Waverly, Iowa, until that plant closed, at which time he transferred to Watertown, South Dakota, where he continued with the company. After Midcom, Tim went to work for a new company Minntronix, in Watertown, which included travels to China, Japan and several other companies, where he continued in the Electronics Engineering trade. Most recently, Tim had made a move to Sioux Falls, South Dakota, where he was employed with Raven industries, continuing in the electronics field. He was a member of the St. John's Evangelical Lutheran Church, Vilmar. Tim enjoyed playing guitar, jamming with his bands and being with his family. He is survived by daughter Justine (Tyler Kruse) Roose of Lakewood, Colorado, daughter Megan Roose of Lakewood, Colorado, son Jackson Roose of Yankton, South Dakota, parents Stan and Sandy Roose of Waverly, brother Kurt (Pam) Roose of Bristow, brother Travis (Christy) Roose of Lebanon, Tennessee, sister DeAnn (Jim) Feltz of Ballwin, Missouri and several nieces and nephews. Tim was preceded in death by his paternal grandparents Stanley and Elizebeth Roose, maternal grandparents Vern and Opal Ott and a nephew Jamie Roose. Memorials may be directed to the family.

The family of Timothy Alan Roose created this Life Tributes page to make it easy to share your memories.

Send flowers to the Roose family.